PCB, an Independent Community Bank, is dedicated to providing products and services that facilitate financial success of our customers, encouraging professional success for our team members and stimulating economic growth in our communities, thereby enhancing the value of "Your Bank."

Those who remember the hard days of the depression will recall that for a time Pendleton County, West Virginia was served by three commercial banks: two in Franklin and one in Circleville. However, in December of 1931 those three institutions closed by federal regulation never to open again.
The residents of Pendleton County were without a bank and forced to travel outside the county for banking service – predominantly to Harrisonburg, Bluegrass, and Monterey in Virginia and Petersburg, Moorefield, and Harman in West Virginia.
Finding the handling of financial affairs difficult without a local bank, some residents of the county invited Farmers and Merchants Bank of Marlinton to move to Franklin.
The shareholders of Farmers and Merchants Bank of Marlinton voted to move the bank's location to Franklin in January of 1937. At that time, Farmers and Merchants Bank had been in business for 12 years opening its doors on October 3, 1925.
Upon moving to Franklin, Farmers and Merchants Bank became Pendleton County Bank and opened for business on March 29, 1937, in the building on Main Street across from E. Bowman & Brothers. This building was constructed in 1924 and was previously occupied by the Farmers Bank of Pendleton. The bank later moved to its present location, the corner of Main and Pine Streets.
Pendleton County Bank served the community for over 60 years with one office before expanding into Hardy County with the addition of the Moorefield financial center in 1999. One year later, the financial center found its permanent location where it is currently housed.
In 2001, Pendleton County Bank revisited its roots by returning to Marlinton and opening a financial center to serve the community. The office would later move finding its permanent home in 2005.
That same year, the shareholders and management team of Pendleton County Bank made the decision to change the financial institution’s name to Pendleton Community Bank (PCB). This change reflected the bank’s growth beyond Pendleton County and better represented all stakeholders.
PCB decided to further expand its footprint in 2006 and crossed the mountain into Virginia to open a financial center in Harrisonburg on Route 33 and Monte Vista Drive. Many clients from Pendleton County were traveling to Harrisonburg for work or errands, and this financial center helped better serve the bank’s customer base.
Expansion continued in 2009 when PCB acquired two branches from Citizens National Bank of Elkins – one in Petersburg and one in Marlinton. Moving into Grant County helped position the financial institution for further growth in northern West Virginia. The Marlinton location was consolidated with the existing PCB financial center.
The Moorefield financial center was well-established in the community, and the decision was made to help build out the Hardy County footprint by adding a loan production office in Wardensville in 2014. The office would later become a full-service financial center in 2019.
PCB continued expanding its Virginia footprint on September 6, 2016, by opening a financial center in Downtown Harrisonburg. The location opened the door for greater commercial activity in the Virginia market.
PCB purchased The Bank of Mount Hope with locations in Mount Hope, Oak Hill and Beckley, West Virginia on September 30th, 2019. The acquisition further strengthened the bank by enlarging PCB’s footprint in the southern market and welcomed new team members and customers.
On May 24, 2021, PCB acquired three financial centers in Harrisonburg, Bridgewater, and Staunton, Virginia from Carter Bank & Trust. The expansion was strategically beneficial in that it meets the needs of current customers in Harrisonburg and opens the door for new opportunity in Bridgewater and Staunton.
PCB also opened loan production offices during 2021 in Lewisburg, West Virginia and Staunton, Virginia to position the organization for further growth in both regions following the acquisition of financial centers from the Bank of Mount Hope and Carter Bank & Trust. 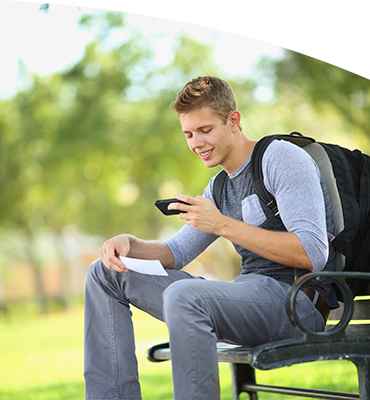